Like our work? Arrange a meeting with us at our office, We'll be happy to work with you!

We are always looking for new talents and we were expecting you. Time to apply, buddy!

Ampersand Construction had just completed an extensive remodel for the developer, and the level of trust and relationship built facilitated the decision to work together on a new construction product. Furthermore, there was an added comfort due to the fact that the team at Ampersand has remodeled and developed projects for sale in the past. So came the project of 1924 Bougainvillea Street in Sarasota and the proposal for a livable, warm and efficient modern home. Traction Architecture and Ampersand Construction shared a strong vision for the project. 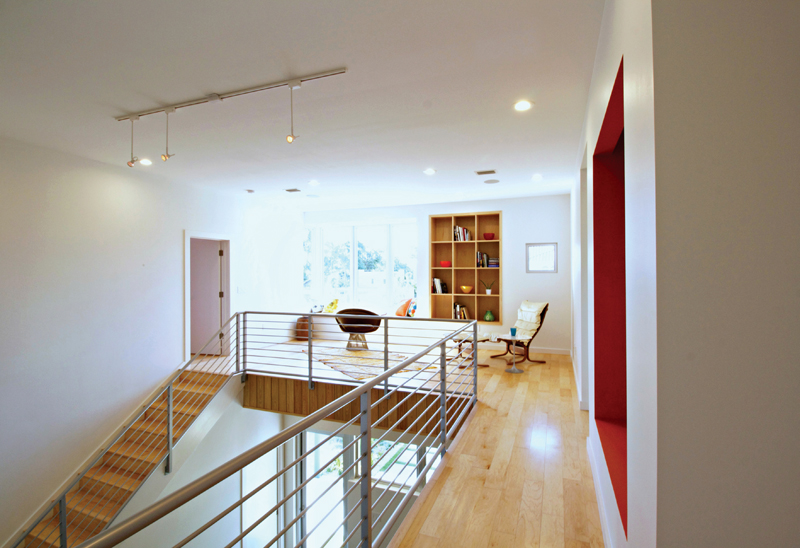 The developer desired a home that was modern yet low maintenance. The original house on the site was a small art moderne building that Beck and the team wanted to respect and pay homage to by incorporating some of its lines and subtleties. “We focused on designing a home that would be open, flexible and would encourage interaction,” says Beck. That modern space was accomplished flawlessly, not only for an urban dwelling, where contemporary spaces seem to fit right in, but also for sunny, beachside Sarasota. That adaptability was large;y in part due to thoughtfulness in window size and location, notes Beck. “When you are walking down the two-level corridor, your focus is drawn to a small deeply inset window at eye level that acts as an oculus to filter and focus your view,” he says. The exterior supports of that window are painted a striking blue, complementing the sky and nearby ocean water, and also cast a hue of blue into the open den area. Openings in the north and south facades create unobstructed views of the backyard pool area from the entrance. And the views live as art throughout, creating an instant feeling of connection to the outside. 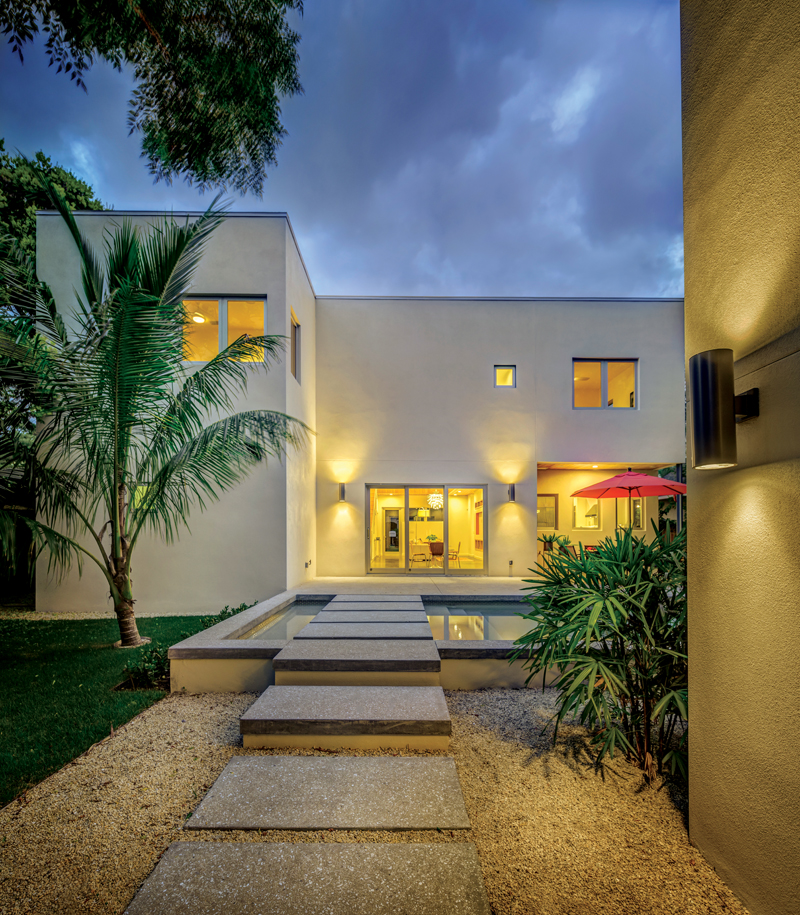 Beck focused keenly on scale, proportion and spatial relationships. “By incorporating Ampersand’s feedback early on in the design process, we were able to make adjustments during the design phase that minimized challenges during construction.” 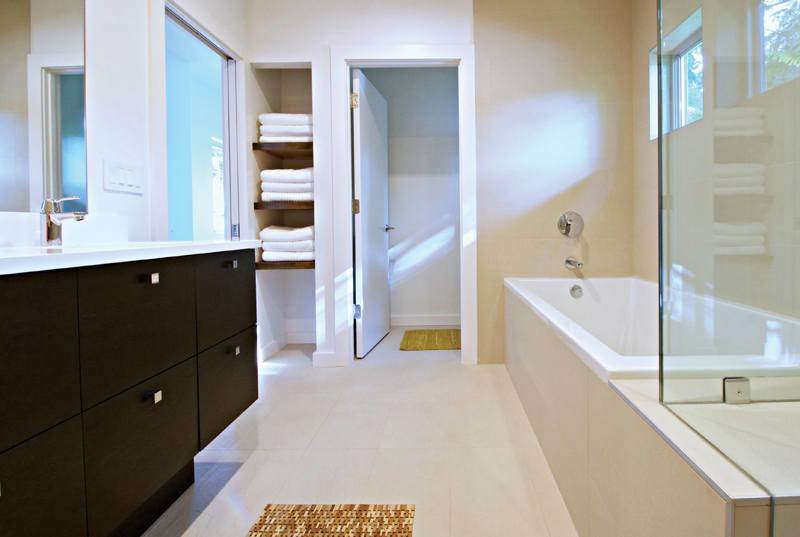 Ampersand Construction makes it a priority to build as eco-friendly of structures as possible with the client’s budget. Wood wraps the first level ceiling and the second level flooring and extends to the outside porches, creating a connection between the interior and exterior. The warm wood is juxtaposed against the polished concrete floors (Sarasota Superfloors), a budget-friendly yet elegant and contemporary choice. Another budget-friendly yet high-style element was the decision to pour the pool deck and surrounding area with shell aggregate adding a relaxed contemporary look.

The team also tuned in to how a family really uses space and how needs may evolve over time. One of Beck’s favorite spots in the now-finished project is a window seat among ample built-in shelving, making it the perfect spot to curl up with a book or help kids with homework. Hermansen of Ampersand says this project will lead to future collaborations as working closely with the developer, a friend of his, and Traction architects made for a high-profile house all while staying within the budget. “We are very proud of the finished product,”he says. “Working with Jody and Ross at Traction was easy as well as an educational experience.” Hermansen says he rarely receives a permit without comments or questions on the blue prints as he did in this case—a testament, he notes, to the Traction team’s attention to detail as seen in the execution of this sunny, yet urban contemporary residence.